John “Bert” Cuthbertson leads Denali Advisors stock modeling efforts as Director of Research. Since joining Denali Advisors he has been working on applying Denali’s U.S. Large Cap and Mid-Cap rankings to International and Small Cap. Bert was most recently Portfolio Manager in the Derivatives group at Analytic Investors in Los Angeles, where he was responsible for the Global Tactical Asset Allocation strategy.  Prior to this, in 2004 Dr. Cuthbertson co-founded Ten Asset Management in Encinitas, CA where he had multiple roles including Director of Research, Chief Compliance Officer, and portfolio manager, as well as being extensively involved in client/prospect/consultant meetings and client communications. John began his investment career in 1996 with Investment Research Company (later Freeman Associates Investment Management) where he was a Vice President and Senior Research Analyst, and earned the Chartered Financial Analyst (CFA) designation in 2000.  He served on the Board of Directors for the CFA Society of San Diego from 2003 to 2012, and held the office of President for the year 2006-7.

Mr. Cuthbertson earned his Ph.D. in Astrophysical Sciences from Princeton University in 1991, his B.S. in Computer Science from Washington University in St. Louis,  and his B.A. in Physics from William Jewell College, also in Missouri. Bert has appeared several times as a contestant on the game show Jeopardy!, and reached the semi-finals of the show’s “Ultimate Tournament of Champions.”  He is also a classical music fan and amateur musician, and serves on the Board for the Notre Temps String Ensemble. 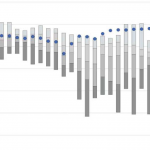